A New Lease of Life

Age Is Just A Number 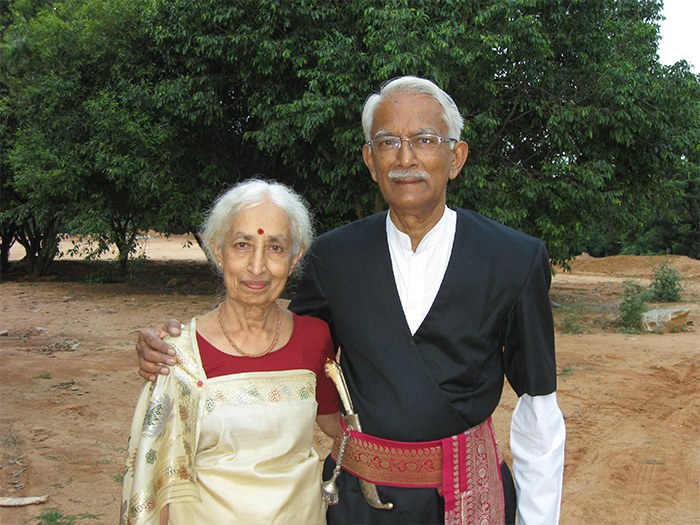 While starting to write this article for the UDHAVI website, the first thought that passed through my mind was in Tamiz, as follows:

The English translation would read - "Honestly, there is so much to write about Nanjamma and Chinnappa".

Mrs. Nanjamma and Mr. Chinnappa, are in their eighties. When they retired, they had listed 10 projects on which they wanted to work. To-date they have completed two of them, the third is work in progress, and they have helped others work on two of the projects.

They come from that unique and quaint community of Kodavas from Kodagu, anglicised by the British as Coorgis and Coorg. After retirement and a very successful stint in Canada for 20 years, they returned to India. (Nanjamma – “I love Canada but I love India more”). To this couple retirement was from active careers - Nanjamma as a Statistician (graduated from Presidency college, Madras and the Indian Statistical Institute, Calcutta) and Chinnappa as an Engineer (graduated from Guindy Engineering College, Madras and North-Western University, Chicago) - and not from active life. They wanted to translate into English what their grandfather, Nadikerianda Chinnappa, had meticulously written down in the 1920s on the culture, folk songs and history of Kodava, based on first-hand information gathered from the locals. His book, titled Pattole Palame, written in the Kodava language (folk songs, proverbs etc.) and Kannada (text) was published in 1924. Chinnappa had also researched Kodava history and culture during their stay in England when Nanjamma was a Research Fellow at the University of Cambridge. Nanjamma and Chinnappa realised that with the fast changing times, change was everywhere and traditional lifestyles were giving way to more modern ones – which basically meant that the old history and culture of Kodavas could be lost forever. They wanted to preserve the wealth of information they had on Kodava history and culture, both from their grandfather and Chinnappa’s research, for posterity. This labour of love, their first book "Pattole Palame" (Silken Lore) the English translation of their grandfather’s book was published in 2003 and was very well received.

Nanjamma and Chinnappa now wanted to move on to their next project. In India, in every state, each community has distinct architecture depending on the terrain, weather, lifestyle and availability of building material etc., and Kodava homes are no different. Ancestral homes everywhere are being brought down to make way for homes to suit present times. The sheer elegance of these homes of a bygone era has to be seen to be believed. In future, we may be able to see most of them only in photographs. Towards this end, Nanjamma and Chinnappa visited all the (more than 700) traditional ainmanes (ancestral homes of Kodagu) that continued to be functional, travelling and trekking for 5 years in difficult terrains, to take photographs and collect information about the homes and stories of the clan to which the home belonged. In the year 2014 their second book "Ainmanes of Kodagu” was published. They are now busy uploading the photographs, information and stories of each ainmane visited on the website they have created, www.ainmanes.com.

It is only in the fitness of things that In spite of stiff competition from much younger high profile sports persons, namely Robin Uthappa (Cricketer), Joshna Chinnappa (Squash player) and Rohan Bopanna (Tennis Player), it was the low key statistician, scholar, researcher Nanjamma who was chosen the Coorg Person of the Year 2006. It was also in 2006, she received the Honorary Doctorate degree given by the Mangalore University from the governor of Karnataka.

In their pragmatic way, they have now moved into a Senior Citizen's home in Mysuru and are enjoying their stay there. They get to meet many people of their generation to interact with and time to work on their projects, without having to worry about running a household.

There is so much more to Nanjamma and Chinnappa that has not been said in this article. It can easily be a 300 pages book. Nanjamma and Chinnappa, had they participated, would have won the 70s and 80s Wills Made for Each Other contest hands down. But I can say with conviction this lovely couple doesn’t need any testimonial to say that they are most certainly made for each other.

A New Lease of Life - Hammer and Nails 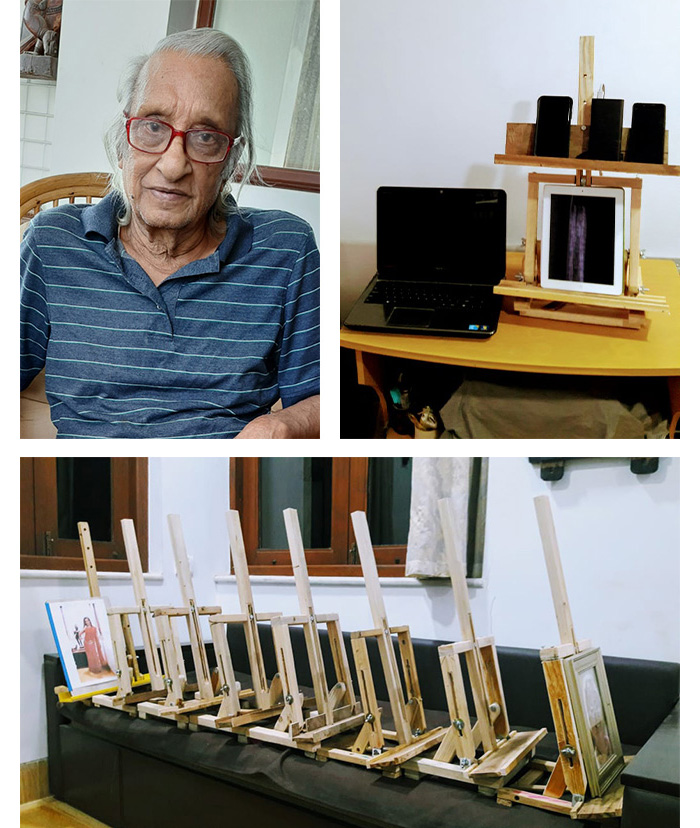 Mr. Rajamani, or Archie as he is called by his friends, lives in Mumbai. He retired from Voltas and spends his time fixing everything at his 54-flat apartment complex and his woodwork. He loves to drive on long-distance travels. He's a regular at the December concert circuit in Chennai. His positive, "no point in being sorry" attitude is something for the youngsters to learn from and follow. He has also been supporting a few girls in Mumbai, Chennai and Kodaikanal, taking care of all their expenses, including education. Here's his story, in his own words:

As I seamlessly slide into my 88th year I recall several peaks and a few troughs also. Hailing from a lower middle class joint family with stress on education, it was fun growing up with 11 cousins and a sister under one roof. Taught the values of sharing, supplementing strengths and bonding with others. My aunt running a music and dance school a few houses away gave us the opportunity to learn these arts. Both my mother and father were proficient in classical music and this trait was carried to my son Rajiv.

Dad and his father studied in the same Engineering College at Chennai where I obtained my Degree in Engineering. I specialised in Thermodynamics & Heat Transfer and spent 28 years with Tatas (Voltas) and a further 12 years in Oman as Head of Engineering & Trading firms. Training people to do the job effectively is my strength. My successors were ready & trained to take over my job years before they actually did.

Rajam, my wife and partner for 55 years was one of the main focal points in my life. Forced to take up a job at 18 years of age as her father was paralysed and bed-ridden, she took up the job of Assistant Lecturer to support her parents and two siblings. But her optimism and indomitable will enabled her to enroll for Master's degree which she obtained at 23 years. At this stage I came into her life. Her oratorical and writing skills were further developed. With my encouragement she distinguished herself in several fields. Articles in newspapers & magazines, tamil copy-writing for advertising, production of radio plays & serials, scripting, acting & directing plays, news reading in All India Radio, researching into the spread of the epic Ramayana in Asia and Far East and finally enrolling as a research scholar at the age of 70 and obtaining the Doctorate degree at 74 years are great milestones -- rarely equalled.

My role was to stand behind and encourage her to stretch the limits. Accompany her to various places of literary interests. But her health deteriorated gradually affecting her kidneys and vision. Contracted Cancer. But for 18 years (from 60 to 78) she bore them patiently and continued her work. For the last 8 years I was her care-giver helping her with the dialysis three times everyday and escorting and guiding her. Our journey starting on 19th May, 1963 ended 55 years later on Christmas eve on 24th December, 2018.

As for myself, I keep busy with some exercises to stretch my spinal cord, do carpentry work and repairs to electric gadgets, play golf, drive my car and practice singing old songs. In the December season I try to be in Chennai to attend music concerts and plays.